DOF’s core is made up of professionals who collectively bring many years of experience in their respective fields and who are dedicated to advancing DOF’s mission.

Charlie Hammerman brings many years of involvement with initiatives for people with disabilities and significant experience in the financial markets. Prior to the creation of The DOF, Hammerman founded the Burton Blatt Institute at Syracuse University, an organization to advance civic, economic and social participation of persons with disabilities in a global society. In 2007 Hammerman was appointed Director of CDFI Initiatives at Syracuse University.

Hammerman was a senior member of Private Executive Services, a division of Merrill Lynch’s Global Private Client Group. He also spent 4 years with Merrill Lynch’s Equity Capital markets division and 4 years in the Office of the General Counsel. Before Merrill Lynch, he was an Assistant US Attorney in New York and began his career as an associate at Morgan Lewis and Bockius.

At Merrill Lynch. Hammerman spearheaded the creation of it’s “Disability Awareness Professional Network” in its world headquarters. As a result of his leadership, Merrill Lynch was recognized by Diversity Inc. magazine as the “number one company for employment of people with disabilities” in 2005 and 2006.Hammerman received his B.A. from Washington University in St. Louis and his JD from Fordham University in 1988.

In her role at The Disability Opportunity Fund, Nanci oversees the Administrative day to day of the company. She also provides Technical Assistance to individuals and organizations on a variety of different issues. Currently she fields all requests that come in by email and/or phone.

After receiving her Master’s in Vocational Rehabilitation Counseling from NYU, Nanci began her career at UJA’s Trades and Business School, doing short term evaluations. She then moved to do outreach in the New York City High Schools and alternative programs.

Following, UJA, Nanci was at ICD, the International Center for the Disabled working within their Employment Services Division. She then ran their food services training and placement program as well as their summer program for youth. In 2000, Nanci was the first Vocational Rehabilitation Counselor hired by a Long Island public school to provide transition services; finding housing and educational placements for those young adults who were graduating or aging out of the school system.

Peter Schaeffing is responsible for underwriting loan requests and conducting due diligence on all borrowers. ​Peter founded High Impact Financial Analysis in June 2014 after gaining experience in underwriting, portfolio management, and new markets tax credit transactions at New Jersey Community Capital, a regional CDFI that became High Impact’s first client.  Peter oversees the design and delivery of all of High Impact’s services, and works directly on affordable housing, charter school, and commercial real estate transactions.  He is an experienced underwriter in complex deal structures including new markets tax credits, low income housing tax credits, qualified school construction bonds, and other subsidized financing structures.  He is a graduate of the South Carolina Honors College at the University of South Carolina, where he studied economics, political science, and finance. He serves as board treasurer for the South End Improvement Corporation in Albany, NY and previously served as Finance Chair on the board of Greater Brunswick Charter School from 2012-2015.

Peter and his team‘s responsibilities include (i) vetting initial applications (with Charlie and Nanci), (ii) underwriting loan requests for creditworthiness and viability, (iii) preparing the credit memo for the Loan Committee, and (iv) after loan approval, monitoring the preparation of closing documents and loan closings.

Melissa Sorrentino brings over 20 years of experience creating and implementing effective financial strategies, policies, and processes in both the private and not-for-profit sectors. She started her career in the construction industry, and quickly moved to the not-for-profit sector. She also has experience in the sports/entertainment business, and has 20 years of personal and business tax preparation experience.
Melissa has a MBA in Banking and Finance from Dowling College and a BS, with a major in Accounting, from St. Joseph’s College.

Genny Freiman has an extensive events and hospitality background that includes her working in Sydney, Australia and several different restaurants in New York City including Black Barn Restaurant and the Altamarea Group.  Genny brings her passion for building relationships and her ability to organize large-scale projects as she manages DOF’s efforts in active real-estate management, marketing and development.

Throughout her career, Betty has held executive positions in the public and private sectors. Most recently, Betty served as Director of Investor Relations at OurCrowd, a global venture investment platform. Prior to OurCrowd, Betty was the Co-CEO of an emerging healthtech solutions company. Betty’s other prior executive leadership roles include Commissioner of the New York City Department of Employment; Deputy Assistant Secretary of the US Department of Health and Human Services; Adjunct Professor at Columbia University; Business Development for Bloomberg LP and other financial services firms both in Asia Pacific and the United States. Betty served the White House as Chairman of President George W. Bush’s Commission on Asian Americans and Pacific Islanders. She is a board member of the Disability Opportunity Fund in New York and a Faculty Affiliate at University of Texas McCombs School of Business Healthcare Informatics & Health IT program.  Betty received a MPA from Columbia University School of International Public Affairs and a B.A in Accounting/Marketing from University of Washington.  She and her family reside in Austin Texas.

Robert (Robby) Goldberg graduated from Indiana University in March of 2020 where he majored in Informatics with a focus in Business. He started at the DOF in September of 2020 where he will be working under Betty Wu Adams in Equity Investments. 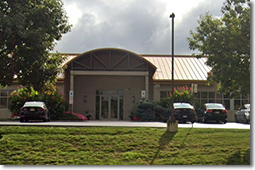 Increasing the Reach of a First-Class Organization

Achieve Behavioral Health (ABH) provides a multitude of health-related services for patients and their families. Services include food for the […]