Homesteads for Hope (H4H) was founded by Jenny Brongo who is the sibling of a person on the autism spectrum. He has responded well to being on a farm and so Jenny has developed a nonprofit farm vocational program for him and others based at her uncle’s farm in Ogden, NY outside of Rochester with 2500 feet of shoreline on the Erie Canal. After two seasons of developing the potential program, the nonprofit began to look for a permanent property. At the same time, Jenny’s uncle was thinking about selling his 55-acre farm. The farm has a house, with an attached apartment, barns, out buildings and a greenhouse.

After providing Jenny technical assistance for over a year, DOF provided H4H a $1,200,000 loan to acquire and renovate the farm. In September 2016, H4H moved into its new home as 100 volunteers celebrated by helping update the barn and other areas of the farm. 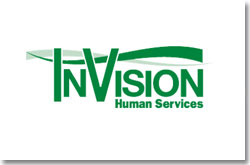 InVision Human Services (IHS) was founded in 1992 and to date has supported more than 500 people throughout Pennsylvania. The […]